2-Day trip to Desert in Zagora

5-Day tour from Fes to Sahara

We are Annexe company of

About Berber people in Morocco

Maybe you have heard  about the Berber peaple, Berber craftsmen, their knowledge of the land, some of their indestructible history and maybe a bit more. Or perhaps you’ve never heard of them at all. Just who are these Berber people? A Moroccan pre-Arab culture has ruled unperturbed and unconquered for hundreds of years. Let’s take a look at this amazing people.

Believe it or not, Berber history goes back to prehistoric times. They’ve been around for at least 4000 years or maybe more. Calling themselves Amazigh, the proud raiders, they fought against the Romans, Arab, and French invaders. Even though the Romans and others have tried to colonize the Berber people, they have managed to preserve their own language and culture and in reality were never beaten!

Berber language is primarily oral in nature, although they have had their own writing system for more than 2500 years. Sometimes hard to find, the writing can be seen catalogued in the small museums throughout the south.

A light skinned people, they have been called by many names: Libyans by the ancient Greeks, Numbians, and Africans by the Romans and Moors by medieval Europe. In fact, it was the Arabs who came up with the Berber name. Islam came to the Berbers in the ninth and tenth centuries. Prior to then, most Berbers across Africa were Christian or Jewish or without religion. Two great Islamic Berber dynasties, Almoravids and Almohads, ruled large parts of Spain and northwest Africa.

Today, most of the twenty-seven million Moroccans are either Berbers, Arabs, or Moors (people of Berber/Arab decent). Their ancestors became the Almoravids and Almohads that built the mighty Moorish empire that ruled Spain, Portugal and Northern African.

Most of today’s Berbers live in the mountains of Morocco while the Arabs and Moors live in the cities, though it is very common these days to see Berbers running, owning and operating small shops and other commerce endeavors.

The west has characterized Berbers as nomads using camels to cross the Sahara Desert. Most today are farmers of the mountains and valleys in Morocco. They were traders in the earlier days. Berber’s long recorded influence affected commerce by establishing trading routes between the West African and the Sub-Saharan region. They transported goods from beyond the Sahara Desert to the Northern Moroccan cities. Merchants were considered in a higher class than the farmers, however, through history the roles have mostly been reversed

Different tribes of Berbers inhabit different regions in Morocco. Drawa Berbers are found in the Draa Valley. The Dades live in the North East, The Mesgita, Seddrat and Zeri tribes are along the rives of the North West. Moroccan Rif region is home to the Ghomara.

To better know the Berbers of Morocco, book a Morocco tour with a our local tour company  and be sure to spend some of your time hiking in the  Atlas mountains. Visit the palm oasis of the Draa and Todgha  Valley or explore the Sahara by camelback, just to mention a couple. You’ll visit the many villages along the way. The Berber people are incredibly friendly and will offer to share a glass of famous Moroccan mint tea or cook you a traditional Moroccan dish for your lunch or dinner.

Our family  will help you and will choose the best route for you. Visit the markets of Marrakech or Fes and you will find many examples of Berber craftsmanship. Stunning silver jewelry by Tuareg and Amazigh artists, handmade babouches or belga made in the workshops are among the treasures you will find. If your tastes run to elegant embroidered caftans, or textiles such as Berber carpets, pillows, kilims and so forth you will find them too.

Get in touch with us and find your self on a vacation of your dreams. A Moroccan adventure will take you from the modern cities on the coast to Berber villages in the high  Atlas and to the nomad life in the Sahara Desert.

You can go for camel trekking in the Sahara or walking in the heart of old kasbahs or hiking in the atlas mauntain  and you will see age-old Berber customs being practiced in today’s world. Stay in a modern riad or an ancient Kasbah. It matters not where you go in this magical land as you will find the adventure of a life time. You can customize your tour to suit your interests and needs. Book your Morocco tour and begin your adventure today. 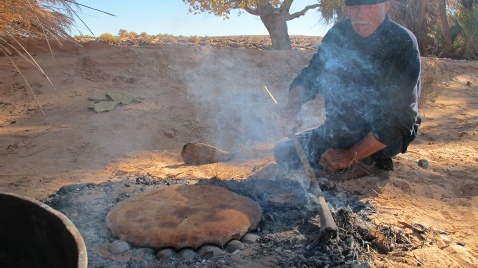 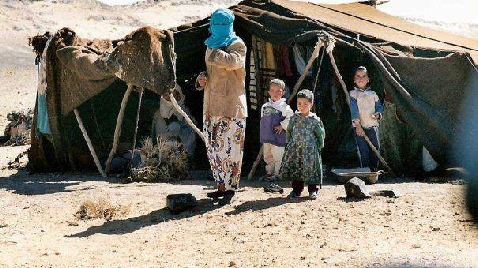